​Barcelona have confirmed the signing of midfielder Arturo Vidal from ​Bayern Munich for a fee believed to be around £27m.

The 31-year-old has signed a three-year deal at Camp Nou, with his move to the Catalan giants ending his highly successful three year stay in the ​Bundesliga.

A statement confirming the deal on Barcelona’s official website said:

“Agreement with Bayern Munich for the transfer of Arturo Vidal. The agreement is for the next three seasons and is pending a medical examination.

“FC Barcelona will shortly inform everyone about the arrival of the player and the agenda of the presentation ceremony. 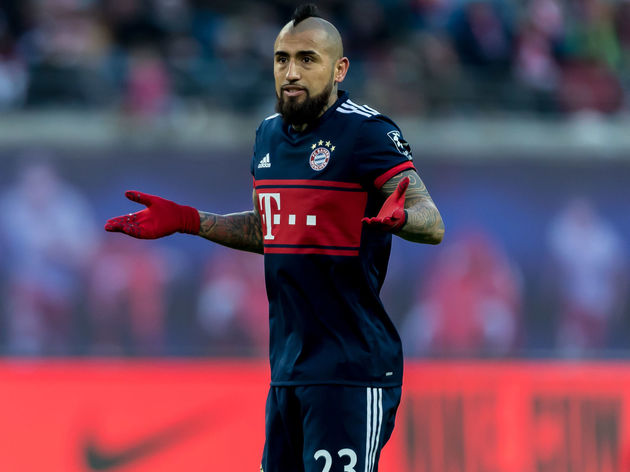 Vidal’s move to Barça comes as somewhat of a surprise, with the Chilean international having been strongly linked with a move to Inter in recent weeks.

​The Nerazzurri’s signing of Radja Nainggolan, along with their apparent interest in ​Real Madrid star Luka Modrić, is believed to have held up the deal though, allowing the ​La Ligachampions to swoop in and bring Vidal to Spain instead.

Vidal has accrued quite the trophy collection during his career so far, collecting three Bundesliga crowns in a row with Bayern, in addition to four consecutive ​Serie A titles with ​Juventus. Astonishingly, those title wins have all occurred during the past seven seasons, with the Chilean no doubt confident that he will add to his trophy haul with Barça. Despite his accomplishments, Vidal is likely to face stiff competition for places in Barça’s midfield, with Ivan Rakitic, Sergio Busquets and new signing Arthur also vying for a place in Ernesto Valverde’s starting XI.